Manga I Want to Be a Receptionist of The Magic World! 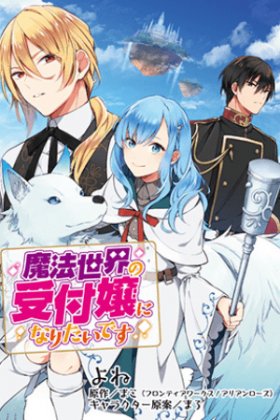 Description:
I want to be Haaret’s number-one secretary! In a world filled with mysticism, very early, Nanari always wanted to be a secretary in Haar, in the same way as One-san. Her ancestors told her that she would not be able to become a magician unless she enrolled in the Royal Magic Academy as a high-class magician. But when she gets there, she’s surrounded by royal power and nobility. Nanari decided to be the best in the middle of all the common men! But the prince who sits next to her always gets in her way! After graduating from high school, Nanari successfully became a secretary in Ha'ara, but any day is even more turbulent than she first thought! Aside from all that, that obsessive prince who was constantly harassing her, found a job and...?
Show description