Manga I Want To Eat Your Pancreas 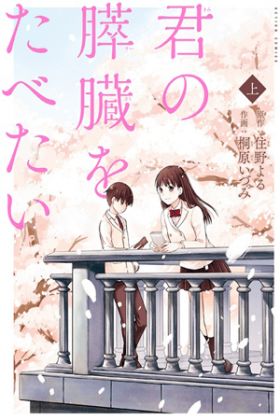 Kimi no Suizou wo Tabetai

Description:
Once, when I was in a hospital, I found a paperback "Disease Coexistence Journal". It was a high school period. It was a secret diary of my classmate Sakura Yamauchi. I opened it and found out that she suffered from a pancreatic illness and was about to die. So, I became a classmate that knows secrets. She was my opposite, but there was some strange connection. It's really awesome - the girl with a serious disease had such an awful reality.
Show description