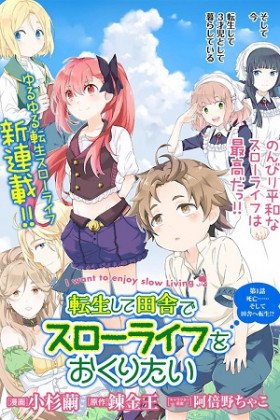 I want a slow life in the countryside after reincarnation

Description:
The protagonist of the story is Inaka Yuji, whose life will change dramatically when he is hit by a truck. This was due to his severe fatigue, which dulled his senses. Before his death, the guy blurted out that he no longer wanted to work so much, and he wanted to spend his next life measuredly and with pleasure. He met God, who determined that now the guy will live in the countryside in the other world. So he became Alfred Slolet, the second son of an aristocrat. Will he manage to lead a peaceful and calm life in the village?
Show description

When chapter 58 comes out?