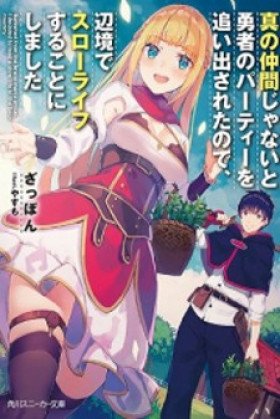 Description:
In the fantasy world, a young girl with the divine protection of the Hero fights against a demon lord. In this world, Red, the girl's older brother, has the divine power of a leader, which gives him a high initial level. He fought alongside the first group of heroes. However, the main problem for the guy is that this divine power of the leader does not give anything other than a level, because of which he has no magic, no martial arts, or any other supernatural abilities. Gradually, he loses the ability to follow the battle, and in the end, comrade Sage noticed that he was useless to them, which he confirmed by defeating him with a copper sword. Now Rad's heart was completely broken and he was away from the battle with the Demon Lord's army, even though he knew that the fate of the whole world depended on her. Now he goes to the distant border, where he leads the life of an ordinary villager. What vicissitudes of fate will he be forced to face here?
Show description