Manga In Another World With My Smartphone 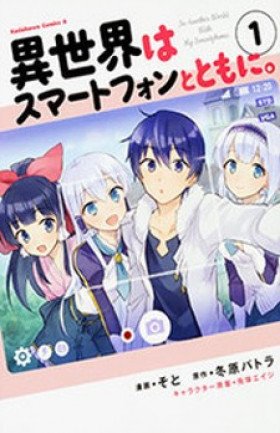 Description:
Touya Mizuki was killed as a result of a divine oversight, because of which the god allows him to be reborn in another world, moreover, he agrees to fulfill any of his wishes. As a result, a person saves his phone so that in the new world he begins to make friends with all high-ranking officials, which has a positive effect on his career. Over time, a world secret is revealed to him. As a result, he was able to receive the powers and legacy of an ancient civilization, which allows him to easily travel the worlds as the strongest creature.
Show description