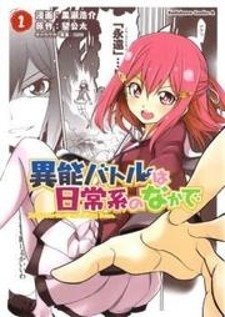 Description:
6 months ago, four representatives of a literature club with the niece of the elementary school adviser, got superpowers. Ando Jurai could produce dark flames. The girls got many abilities. Tomoya could control time - make it faster, slower, or even stop it. Tomoyo got the ability to take control of such elements as water, earth, fire, light, and wind). Small Chifuyu was able to create objects while Sayumi got the power of repairing and healing. After they got those powers, everyday life remained the same. What's the reason they got those powers? They were dreaming about heroic lives. Will they become real heroes of the time with the newly gained powers?
(manga helpers)
Show description