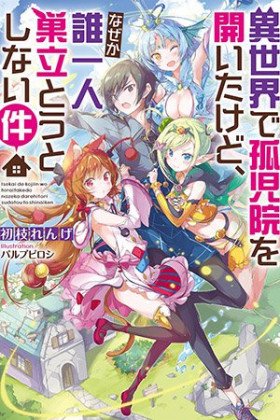 Description:
Shinji Naomi from a caste high school, along with his classmates, finds himself in a parallel world. However, the local king exiles him immediately, since he believes that Shinji does not have any useful skills at all. As a result, he is sent to run the orphanage, which no one really wants. However, no one even suspected that the guy had cheating skills, which is why all the girls constantly paid attention to him. Now he will be forced to run an orphanage for all addicted girls, and at the same time fight powerful people who are plotting.
Show description