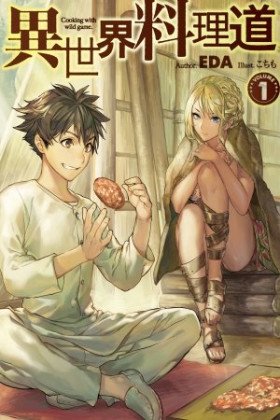 Cooking in Another World

Description:
Tsurumi Asuta is an ordinary sophomore who studied with a chef and worked in parallel at a public diner owned by his father. One day, the diner caught fire, and Asuta threw himself into the fire to save his father's special knife, since according to these rumors, his father's soul was in this knife. However, the guy could not save anything, which is why he simply burned out. When he woke up, he found himself in the jungle. He is attacked by a terrifying beast, but Asuta is saved by a beautiful girl who tells him about the local people. From that moment, the guy realizes that he was transported to a parallel world, and this is where his adventures begin.
Show description