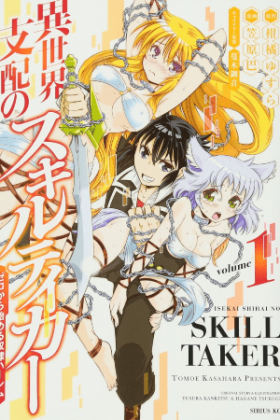 When chapter 64 comes out?

Konoe Yuuto is a genius martial artist who is summoned to a different world where slave trading is legal. There, using his "Skill Taker" cheat ability, he steals the abilities of the monsters that he defeats, and he starts building a slave harem while hoping to live a carefree life after retirement. Will he be able to achieve his goal?
Show description
Loading...