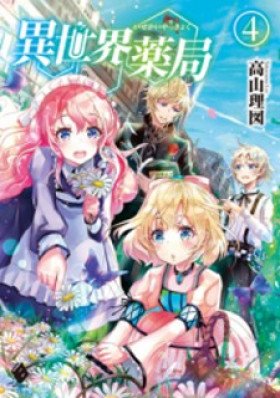 Description:
In modern times, Yakutani Kanji was an associate professor and pharmacologist who had a habit of burying himself in medical research to save lives -- all in memory of his sister who died of a brain tumor. Tragically, he loses his life to overworking and stress...but then is reincarnated as Falma de Medicis, a 10-year-old apprentice to the Royal Court pharmacist!

Now in the parallel medieval world of the San Fleuve Empire, Yakutani -- now Falma -- must adjust to his new duties as a user of divine arts, and the laws of medicine in this new realm! But is it possible that with his pharmaceutical knowledge and heart, he can change how the lives of people are saved in San Fleuve? And will he be able to live his life more fully this time?
Show description