Manga It's Not Like That / Sonnan ja nee yo 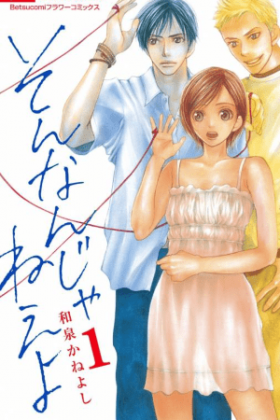 Shizuka Maku is just an ordinary high school girl with only slightly above average looks. That wouldn't be a problem but her older twin brothers are the school heartthrobs and beside them, she always looks plain. The only boys who have ever been attracted to her are chased away by her over-protective brothers. Shizuka is the only plain person in her family and now her brothers have told her that she might not be related to them by blood. Now she is supposed to pick one of them to be her boyfriend.
Show description
Loading...