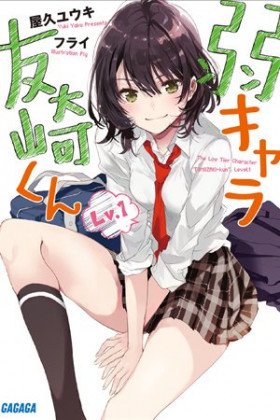 "Life is a shitty game. No matter how hard you try, you cannot overcome the characteristics given to you at birth."

To Tomozaki Fumiya, who feels he is trash-tier and can never compete with the god-tier humans in the world, this phrase is the truth. With below average looks and social skills, his one pride is in his position as “Nanashi,” Japan's number one player in the video game Atafami.

But one day, after a match with the number two player “No Name,” they suggest to Tomozaki that they meet up. To his shock, the player turns out to be the god-tier Hinami Aoi, the most popular and smart girl in his school! Extremely disappointed in the sloppy quitter Nanashi is, Hinami challenges Tomozaki to now excel at the greatest game of all -- life!
Show description
Loading...