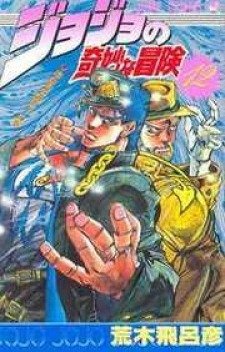 Description:
The first story arc of the JoJo no Kimyou na Bouken series.
Jonathan Joestar was a wealthy man living in Victorian England who suffered from Dio Brando, who ruined his life. Dio dreams of driving Jonathan to madness in order to get his money, for which he turns into a vampire, with whom Jonathan will have to fight.
The second story arc from the JoJo no Kimyou na Bouken series.
The story will tell about the grandchildren of Jonathan Joestar, who continue to wage war against numerous vampires, as well as other ancient creatures through the use of modern technology.