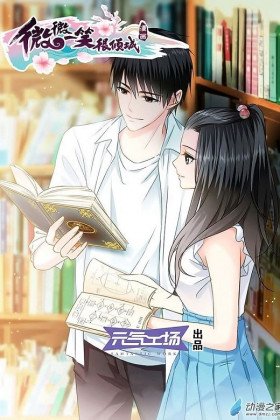 A Slight Smile is Very Charming

Description:
On her school campus, Bei WeiWei is known for being a natural beauty that captures people’s hearts. Within an online game, she is “LuWei WeiWei,” one of the highest rated characters and also very popular, but she was divorced from her in-game marriage because she never showed a picture of herself!

Although not particularly minding the divorce, WeiWei is surprised when she’s suddenly proposed to by Ben Fu’s number one expert player, the handsome YiXiao NaiHe! He claims to want to marry her to gain the reward for a marriage competition going on, but will something sweet bloom between them? When you fall in love with someone online, what are the chances of being together in real life?
Show description