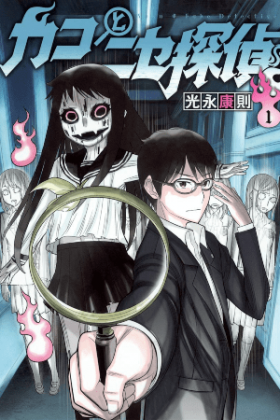 Description:
Satoru earned a name as a genius boy detective, and the police rely on his reasoning skills. His secret, though, is that he is able to see the ghosts of the dead, and they provide him with the hints that lead him to solving cases. Now that he's a teenager, he has attracted a strange "ghost" named Kako, who claims that she is actually a god. She goads him into taking more mysterious cases, in the search for a vengeful spirit that wants to kill humans. Now they are a team, where he solves the cases and she purifies the vengeful spirits!
Show description