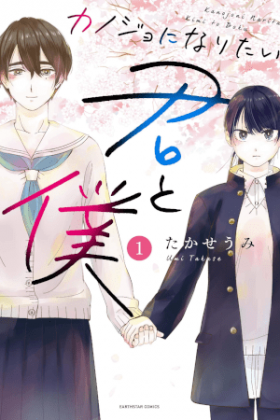 Hime Sakuragaike has secretly been in love with her childhood friend Akira Yonezawa since they were kids, but Hime only recently found out that Akira identifies as female. Although surprised, Hime offers her full support, and this is initially kept secret between them for a few years, but Akira decides to start living as a girl full-time upon starting high school with Hime. However, since Akira garners a certain amount of attention, Hime takes it upon herself to aggressively stick up for Akira whenever necessary. Not wanting Akira to be singled out as an object of ridicule, Hime decides that her only option is to put herself in Akira's shoes.
Show description
Loading...