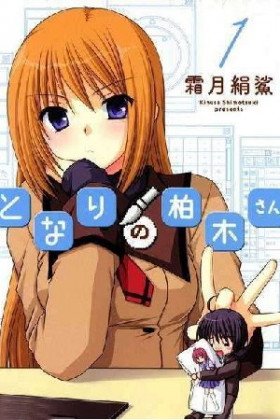 Description:
Sakuraba Yuuto is a high school student who is open about his otaku lifestyle and has been recently interested in a new moe artist named Sayane. At his new class, he is assigned a seat next to Kashiwagi Kotone, the popular girl in school, who strongly shows her dislike for the kind of culture Yuuto is into. He runs into Kotone at an otaku store and learns her secret: that she is, in fact, heavily into the moe culture she says is stupid to everyone. Yuuto promises to keep it a secret and the two start a relationship where they discuss their passion in secret. But Yuuto still doesn't know that Kotone is really the artist Sayane that he admires so much.