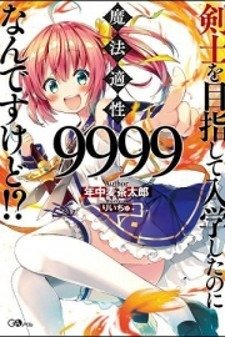 Description:
Thanks to her adventurer father, Rola received a special education as a swordsman. Already at the age of 9, she entered the school of adventurers in the Royal Capital. She has a lot of expectations about this time, as she hopes to find many friends-fencers. On the day of the inaugural ceremony, Rola's sword skill was 107. An excellent result considering that the other applicants had it at the level of 50-60. She could be called a genius. However, after her magical skills were measured, everyone was shocked, as her magic skills were rated at 9999. Rola was stunned, but she was transferred to the Department of Magic without hesitation.
Rola did not even have time to understand anything, as she already became the most powerful magician in the entire school, demonstrating incredible skills in magic.
Show description