Manga Kids on the Slope / Sakamichi no Aporon 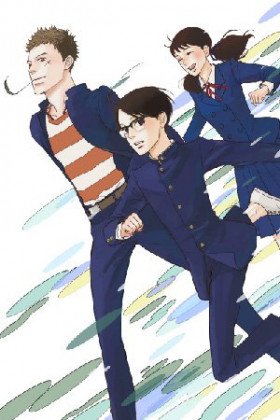 Nishimi Kaoru has moved from city to city and school to school because of his father's job, so the first day at his new school was just routine for him. Being intellectual and the new transfer student, he has always been seen as an outcast, and all Kaoru had to do was bear it until the next time he moved. But things were slightly different this time. First, he started to get close to the class president, Mukae Ritsuko, and, secondly, unlikely as it seemed, grew closer to Kawabuchi Sentaro. Sentaro was infamous for getting into fights, skipping class and was an overall bad boy. Strangely enough, the three of them find common ground in music, namely jazz, and Kaoru finds himself actually enjoying the new town.