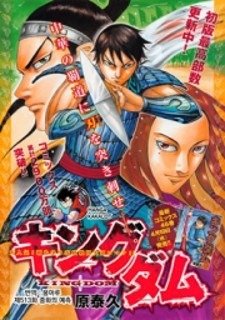 Description:
Millions of years have passed since the time of legends, when the worlds of people and gods came into contact. At that time, it was human desires that controlled what was happening. This was followed by the era of the 500-year war, which was called the period of the Warring States. The story will tell about the boy Shin, who was turned into a great general after all the bloodshed that he had to endure.
Show description

When chapter 724 comes out?