Manga Land of the Lustrous 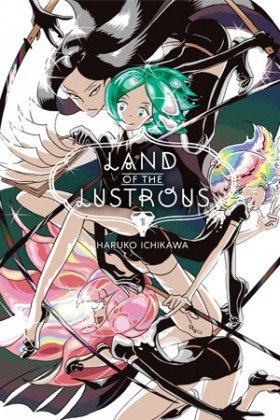 Description:
Several millennia later the planet Earth beings under the name "Gemstones" occupied. They are immortal also sexless. 8 of them will battle against inhabitants of the Moon. Those attack them constantly, are engaged in stealing and turn them into beautiful products from a stone. Each being is allocated with the purpose. For example, one can be a doctor, another – the fighter. Phosphophyllite is only 300 years old. He the youngest of all Gemstones. And he has no purpose and a role yet. He is capable to help with fight against inhabitants of the Moon. However, his fragility and weakness aren't suitable for war. Once main of their tribe of Adamantina allocates the hero with the purpose of creation of the encyclopedia of natural history.
Show description

When chapter 99 comes out?