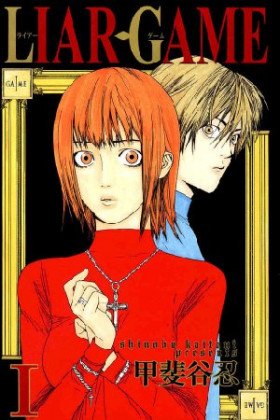 Description:
Wishing she would live up to the ideal, Kanzaki Nao's father named her thusly for "honesty." Nao has more than lived up to her father's wishes—even exceeding them and earning the label of "a foolishly honest girl." This makes Nao the least qualified candidate for the high stakes "Liar Game," where winning requires deceiving the opponent out of their money and losing means receiving massive debt; however, that doesn't stop a box containing a hundred million yen in cash and a card informing her of her participation in the game from arriving at her doorstep, nor does it stop her from being promptly tricked out of the entire sum of money. Upon hearing that a genius swindler, responsible for the bankruptcy of a major corporation, is being released from jail, Nao goes to the swindler, Shinichi Akiyama, to enlist his help. With that, the two are drawn into the dark, greed-filled, and deceptive world of the Liar Game.
Show description