Manga Life And Death - The Song Of The Night 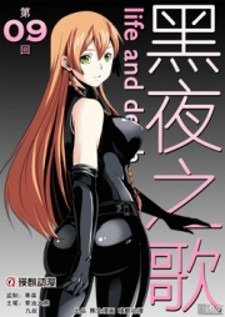 Description:
Throughout its history, mankind thought that they are the only intelligent life form, but this turned out to be not the case. There are too many things happening in the world that cannot be explained from the point of view of human science. There are strange wild people appearing in the world who look like humans, but are inherently a threat to the human species. They are called Sha, which translates to Evil. At the same time, special units of humanity cannot cope with these Sha until the moment when the general population becomes aware of them. A group of mysterious people have created a coercive squad to fight these creatures.
Show description