Manga Madan No Ou To Vanadis 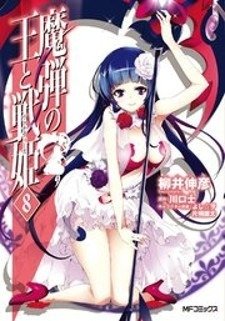 Description:
The story tells about the events in Western Europe, where there is a war. The main character is Eleanor Vertalia from Vanadis, who is fighting a battle in Bruni. There are seven Vanadis. This is the name given to people who have received the most powerful weapons from dragons, thanks to which they can personally rule over vast territories. Vanadis terrifies all his enemies and rivals. The first time Wandy's power was demonstrated was on a young archer, Tiger, after he was defeated on the battlefield by Ellen. However, she decided to save his life when she found out about his skills that could be useful to her.
Show description