Manga Made in Abyss 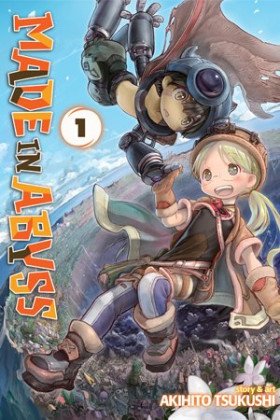 Description:
The huge cave system called Abyss is the only unexplored area in the whole world. Noone knows how deep it is. It's a titanic pit where strange creatures live. This mysterous place conceals numerous ancient traditions and relics that are not familiar to modern society.

Adventurers of past generations were trying to discover the Abyss, with its secrets and miracles. Time passed, and those brave discoverers were called Cave Raiders.

The story tells about Riko, who lives in a town of Oosu (at the Abyss edge). An orphan girl dreams to become a famous cave reider like her mother who tried to find out the cave secrets. During one of her exploration sessions, a small boy appears in fromt of her... A robot.