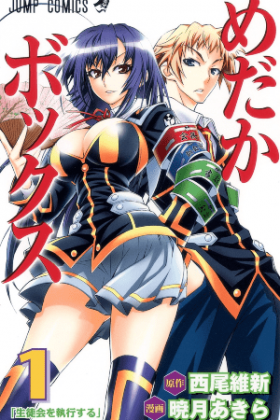 Description:
Kurokami Medaka, a first year, is elected as Student Council President, and the first thing she does is establish a suggestion box, later dubbed by students the "Medaka Box." Medaka encourages students to submit any problem to the box without hesitation and promises to take on any issue from anyone.

Now the Student Council members spend their days solving the problems submitted through the Medaka Box, whether they be hooligans in clubs where they don't belong, girls who need help writing love letters or people who've lost their pets, gradually earning the respect and admiration of the entire school.
Show description