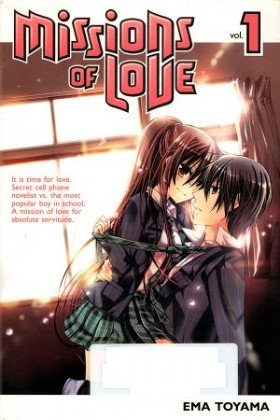 Yukina is secretly the all time best selling cellphone novelist, Yupina. She's in a tight spot since she's never wrote any stories about love before. But for all her reader's sake she'll try to experience what love is like. When she accidentally picks up Shigure's student handbook and discovers his true face, she blackmails him. "Fall in love with me!" The ultimate Love Mission starts now!

Himuro Yukina, known as the "Absolute Zero Snow-woman" is a cold and observant girl. In addition, she is actually a popular cell phone novelist who goes by the name of Yupina. Sadly, with no other human contact than her cousin, Yukina is unable to express more romance in her novels. Kitami Shigure, your so-called "typical bishounen", who is really a womanizer, has fallen into Yukina's trap when she blackmails him, and they end up "love-acting" for the sake of their respective secrets.