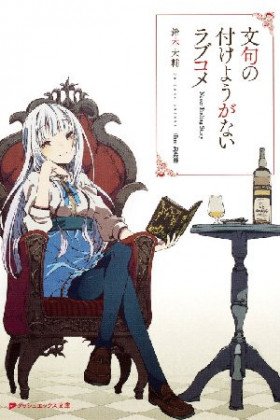 Description:
The main character of the story is a powerful goddess who frightens all the people around her, killing them. She enjoyed herself simply by reading books, drinking and smoking. At the same time, sacrifices were made to her. Another guy who was supposed to become her victim finds out that he can make her fulfill any of his wishes. As a result, he invites her to marry! This is how their amazing adventures begin. The thing is that their peaceful life will soon be interrupted by a huge threat, in connection with which they will have to adapt to new conditions.223

Motosu Urano was an ordinary college student who loved to read books, and who managed to get a librarian certificate, after which she had to start fulfilling her dream job. However, she was killed in an earthquake when her favorite collection of books fell on her. After her reincarnation, she incarnates in a world of low literacy and few books. Considering that she was a 5-year-old girl, she wanted to read but there were no books with her? But what to do? She decides to start making books herself. Now she will become a librarian by all means!