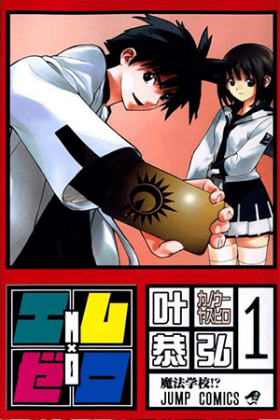 During a flashback, an interviewer inquires Kuzumi Taiga, a prospective student for Seinagi Private High School, on what he would do if he could use magic, during his entrance interview. He replies, "take over the world", with an outburst of laughter from an attractive girl, following his answer. After the entrance exam, the school rejects his application; although he recalls almost nothing after this event, he does recall the girl, and believes the cause of his school of choice rejecting his application involves her. Wandering around outside of the school the next day, Kuzumi tries to enter, but an invisible barrier blocks him. A teacher, Mr. Hiiragi, confuses Kuzumi for a student of the school ditching class and pulls Kuzumi into the school through the barrier. Seinagi Private High School is actually a magic school—and Kuzumi is a teenager with no magical skill.
Show description
Loading...