Manga My Boy in Blue 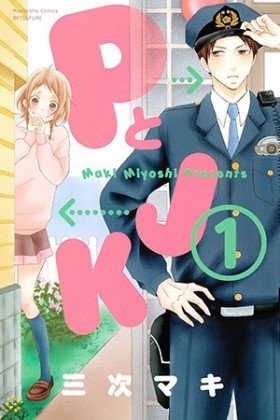 Description:
Kako, a 16-year-old high school girl, goes to a mixer pretending to be 22. While there, she meets Kouta who at first has a very intimidating aura. But once he saves her from an awkward situation, she wants to know more about him, as does he. That is until he finds out she isn't 22. The next day Kako runs into him again, but this time he's working as a police officer. Kako still wants to get closer to Kouta, but he isn't interested...or is he?
Show description