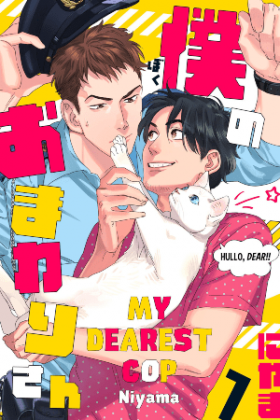 Description:
Seiji Tajima is a single, forty-something shop owner who's close friends with police officer Shin Nakamoto. Shin, who's just been assigned a patrol in Seiji's neighborhood, has known the older man since he was in high school - back when Seiji himself worked in the police force. Shin's harbored a crush on Seiji for years, but has convinced himself that their relationship is as good as it gets - until one day out of the blue, Seiji casually mentions the possibility of trying his luck with men... His simmering feelings suddenly brought to the boil, Shin shoves Seiji up against the wall, and...

From the author of the hit comic "An Innocent Puppy Meets a Two-Faced Cat" comes a new spin-off! Can Shin, who's held a 10-year-long torch for the (too) laid-back Seiji, win in this game of love?
Show description