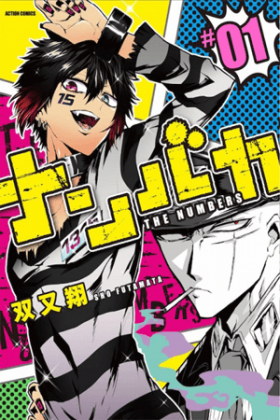 Read 192 It's Okay To Be Selfish Once In A While

When chapter 193 comes out?

Welcome to Nanba, the world's largest, most impenetrable prison. Locked away in cell block 13 are four inmates - Juugo, Uno, Rock, and Nico - who provide more than enough trouble for prison guard Sugoroku Hajime to deal with. Between attempted breakouts, gambling and general misbehaviour, these four believe that just because they're in prison doesn't mean they can't have fun.

But it isn't all a barrel of laughs, because our protagonist Juugo is hiding a dark past which may soon come to destroy their idyllic prison life...
Show description
Loading...