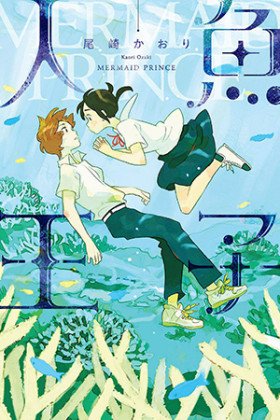 Description:
The title story, “The Mermaid Prince,” told in three chapters, is a coming-of-age story set in Okinawa. Mugi has a fascination with mermaids. He moved in from Tokyo when his sister got married to a local man, and doesn’t quite fit in. On the day he met Madori, who was just coming to terms with her new family situation. His thoughtful gesture made her view him as her Prince Charming.

In the second story, “Snowy Day,” a homeless father and son take refuge from the snow in a library. The librarian soon finds out there is more to them than meets the eye.

The third story, “Ametsukigahara,” is a two-parter about a girl named Akari. There’s not much she cares about in this world, except maybe her friendship with Fumika, who’s afraid of boys. But then Fumika gets a boyfriend, and something happens that makes Akari even more jaded than she already was.
Show description