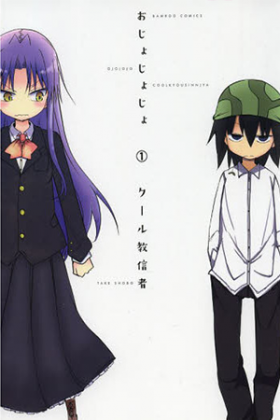 Description:
Jigokumeguri Haru is the heiress of one of the largest business empires in all of Japan. She is not only rich, but also practically a celebrity. However, partly because of her heritage and partly because of her arrogant and aloof behavior, she has always been isolated from her peers and has never been able to make friends. Thus, she has—without success so far—transferred from school to school to finally find a place where she would be accepted.

This only begins to change when she meets her new classmate Kawayanagi Tsurezure, an outcast weirdo that dresses in 20th century fashion, talks little and smiles even less. Being both somewhat socially awkward, they thus begin an unexpected friendship.
Show description