Manga Our War that Ends the World, or Perhaps the Crusade that Starts it Anew 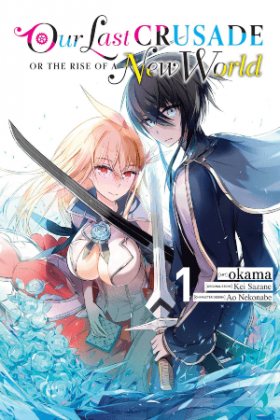 The Last Battlefield Between You and I, or Perhaps the Beginning of the World's Holy War

Description:
The Empire, a nation of advanced machinery and science. The Nebulis royal household agency, a land feared as “the country of wishes.” In the midst of the long, endless war, between the two, the boy and the girl meet.

The ice witch revered as the strongest: Princes Aliceliese
The young swordsman who is among the Empire’s greatest forces: Iska

The two meet as enemies at war.
However, just as the boy is enchanted to the girl’s beauty and nobility, the girl is attracted to the boy’s strength and way of life.
Cooperation is impossible, and there is no path forward except through the other. And yet..
Show description

When chapter 37 comes out?