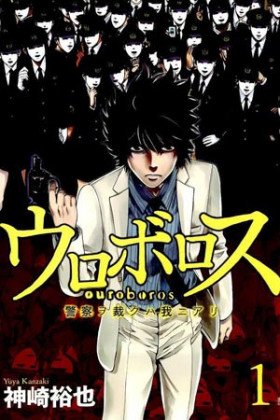 Description:
Ryuzaki Ikuo and Tatsuya Danno were a pair of orphan boys taken care of by a woman they lovingly called “Sensei”. One horrific day, Sensei was murdered, but the detective in charge of the case, wearing a distinct gold watch, covered everything up and never bothered to find the murderer.

Now, 15 years later, Ikuo has become a police detective. Danno, meanwhile, became the leader of a yakuza gang. Although the two ended up going down very different paths, they haven’t forgotten the pain of their mother figure’s murder. Case by case, they help each other out to get revenge on “Gold Watch” and all the others responsible for that terrible night...

(Notes: “Sensei” is the Japanese word for “teacher” and can be used for actual teachers or mentor-like figures. “Yakuza” is a term referring to organized crime groups in Japan, similar to mafias.)
Show description