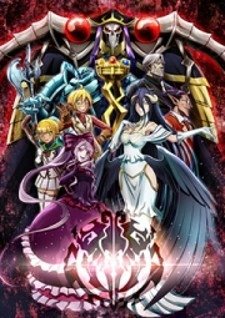 Description:
The events in the story revolve around the popular computer game, which will quietly close after the last day of its existence ends. The protagonist of the story is Momonga, who wants to stay with his favorite game as long as possible. He was going to play until the moment he was forcibly thrown out of the game. However, the unexpected happened as Momonga became a hostage of this game and was stuck in a new body. At the same time, he was transported to a parallel world, where he became a powerful ruler. Now he will face completely new problems and challenges, since he does not have the support of parents, friends or loved ones here. An ordinary person has gained tremendous strength to do everything to take over the world of his favorite game.
Show description