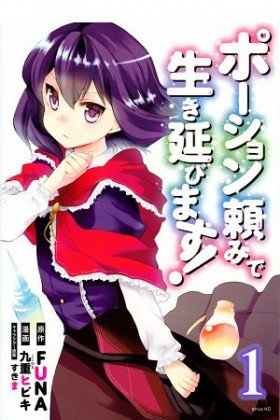 I Shall Survive Using Potions!

Description:
Kaoru Nagase was caught up in a mysterious phenomenon and died when returning home from work. It was because of a time-space distortion that a higher life form was cleaning up, but she was able to receive a younger body and the ability to create any potion she wanted in another world!

Kaoru, who’s now a rather sharp-eyed 15 year old girl again, will work hard for a peaceful life in another world!

Eh, as a commoner she doesn’t understand the thinking of nobles? She’s now stuck in a delusional story that she’s trying to escape from?

Hey, this is different from what you told me, goddess!
Show description