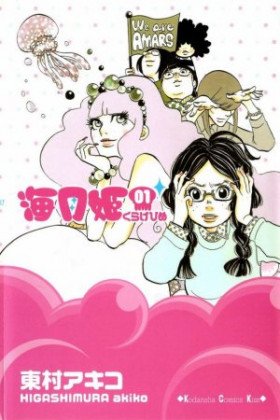 The story centers around Tsukimi Kurashita, a huge fan of jellyfish (kurage, a wordplay on the "kura/mi" and "tsuki/ge" in her name) and a girl who moves to Tokyo to become an illustrator. She moves into "Amamizukan," an apartment complex that is full of fujoshi (diehard female otaku) with a no-men-allowed rule. However, one day, Tsukimi invites a stylishly fashionable woman to stay at her room at Amamizukan—only to discover that the guest is not who "she" seems to be.
Show description
Loading...