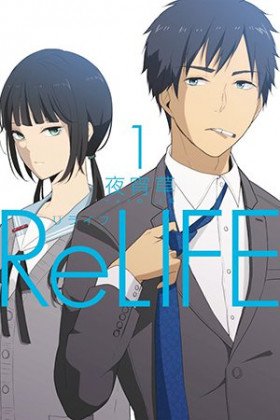 Description:
Kaizaki Arata is a 27-year-old, out-of-work man who has failed at each and every job interview he has had after quitting his last company where he only lasted three months. His life changes after he meets Yoake Ryou of the ReLife Research Institute, who offers him a drug that can change his appearance to that of a 17-year-old again. Taking the drug, he becomes a subject in a one-year experiment in which he begins his life as a high school student again.
Show description