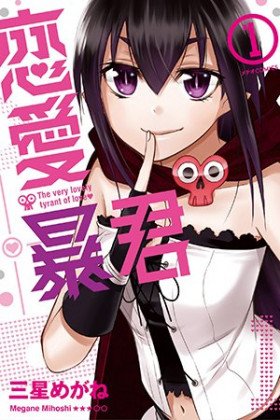 The very lovely tyrant of love♥

Description:
A Kiss Note is a special notebook. If the names of people are written one by one, they occasionally fall in love with each other. No circumstances can impact the scenario. The magical object belongs to Guri who is an angel creating couples.
By accident, the name Aino Seiji comes in the notebook. If the guy doesn't kiss somebody, Guri can die. She talks to him and convinces him to kiss Hiyama Akane. Later, it turns out that the popular girl is in love with him. It's something similar to psychotic obsession.
Once, Akane comes together with Seiji. But later, Guri realizes that she has a feeling for Seiji too. What may seem amazing to all guys turns for Seiji into a real drama. All he needs - normal relationship with his girlfriend.