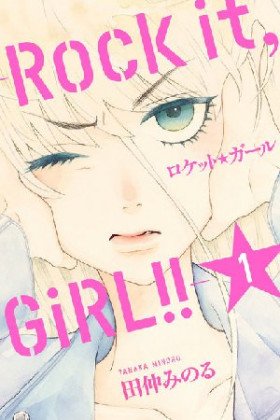 Description:
A yuri comedy series about an all-female rock band.

Kaname likes playing her guitar and singing by the streets and can't believe her ears when a strange girl who's actually a music producer suddenly offers her a contract for a debut CD. However she tells Kaname that her voice is completely worthless and that she'll have to debut within a band and just be the guitarist. Furthermore, the vocalist who will sing the songs in her place is an arrogant girl full of herself who immediately starts bullying her; however...
Show description