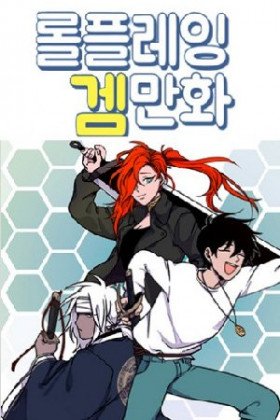 Description:
Since its unveiling 3 years ago, “Espera” has become the most popular fantasy virtual reality game. Among its players, there was one legendary player, the guild master of the “Hero” guild. He was so skilled that he crafted extremely rare one-of-a-kind items -- including a special crystal that would unlock the floating continent in Espera.

However, that guild master soon quit after crafting the crystal, robbing all players of a chance to go to the eastern floating continent. Two years later though, the master returns! Even though he still has all of his skills, he has no weapons or equipment. Luckily, he meets a young female warrior, and drags her along his whims. What’s his true goal? And why did the master leave 2 years ago…?
Show description