Manga Sacrificial Princess and the King of Beasts 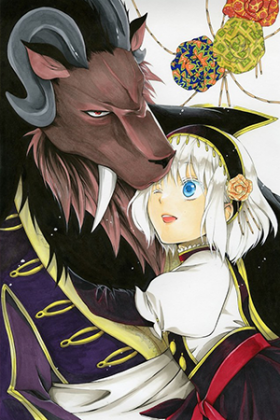 Niehime to Kemono no Ou

Princess of the sacrifice & King of the beast

Description:
Saliphie is the 99th female human sacrifice to be eaten for the King of the Beast and Demons, but despite that she is not in the least afraid since she has never had a family nor a home to lose, so she takes a positive attitude and no longer worries about being eaten.

The King finds her amusing and lets her stay by his side until the time of her death. This leads her to find out the truth about the King of the Beast and Demons, and she ends up as the King's Consort despite being a female human. This leads other beasts and demons to be mad, but the king being powerful enough they shut up.

This is how Saliphie turns to be the first human queen of the demons and beasts.
Show description