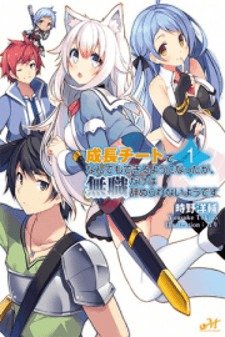 Growth Cheat ; I've Became Able to Do Anything with My Growth Cheat, but I Can't Seem to Get out of Being Jobless ; 成長チートでなんでもできるようになったが、無職だけは辞められないようです

Description:
I couldn't get a job 100 times in a row. That being said, my profile as an unemployed person is still being updated. My bad luck doesn't end because I was in a truck accident and passed away tragically.
However, the goddess finally took mercy on me and granted me the ability to grow extremely rapidly. I could grow 400 times faster than usual, after which I was sent to a strange otherworldly world.
However, I realized that if I didn't get a job, I would not be able to gain strength, despite my height. Therefore, I continued to try to find a job, but suddenly I realized that being unemployed was my terrible fate.
The strange story between my unemployment and growth cheats began in this strange otherworldly world.