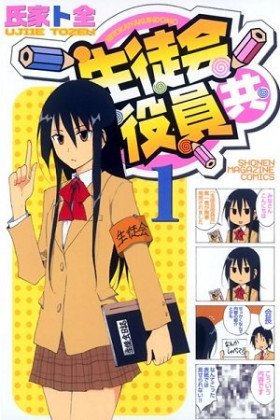 Description:
Initially, Usai Academy was intended strictly for girls, but the demographic crisis has led to the fact that boys began to be admitted to the school. The guys ended up regularly being surrounded by a huge number of girls, and Tsuda Takatoshi is one of them. Moreover, it is difficult to call him happy because of this, because on the first day the president of the school council begins to scold him, which only worsened his impression. He also meets with other members of the student council, who constantly scold him, which makes him late for class. Now he is forced to become a part of this student council in order to correct his shortcomings. He will soon realize that he is the only normal student.
Show description