Manga Sharing Life On A Deserted Island With An Elf / 無人島でエルフと共同生活 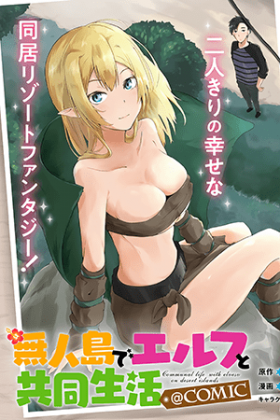 In order to enjoy a nice slow life for the rest of his days, he bought a small uninhabited island off the coast of Southern Japan. However, one day he finds an unconscious woman on his beach that should not be there. When he runs up to check on her, he notices some rather sharp edges...

The behaviors Elize brought from the other world are a little, bit exciting for a normal guy like Kento...

“A naive middle-aged guy” and “wandering elf...” a happy cohabitation between the two of them on a resort island, begins now.
Show description
Loading...