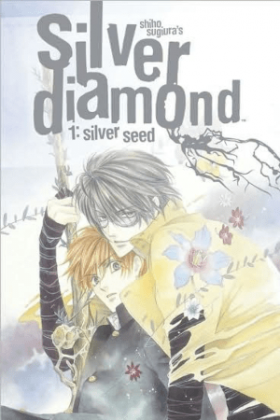 Description:
Sawa Rakan is a normal high school student living a quiet life alone, tending to his many lush plants. This peace is disrupted when a foreign man and several dangerous creatures suddenly crash into his garden. The man immediately turns his odd plant-like weapon on Rakan, but after seeing it respond to Rakan's touch, his attitude completely changes. The man, Chigusa, declares that Rakan is a precious "sanome," a person who can cultivate plant life at will.

Being the last known sanome, Chigusa vows to protect Rakan at all costs and asks for his support. Chigusa is an infamous outlaw that aims to destroy the "ayame," creatures that siphon life from his dying world, including the current prince who oddly looks exactly like Rakan. Rakan travels to Chigusa's desert world that is filled with despondent people, strange creatures, spirits, and magic. Along the way, they gather more followers and supporters in their quest to return green to the barren, decaying land.
Show description