Manga Since I Became a Saint, I'll do Whatever I Want with My Second Life ~The Prince was my Lover who Threw me Away in my Previous Life~ / Seijo ni Narunode Nidoume no Jinsei wa Katte ni Sasetemoraimasu ~Outaishi wa, Zensei de Watashi wo Futta Koibito Deshita~ 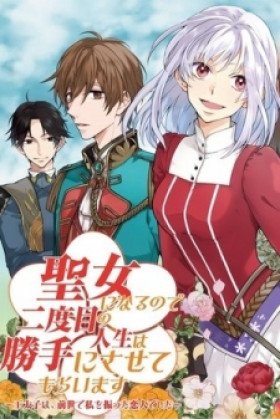 Liz who remembers being dumped by her lover in her previous life decides to live freely in her current one.

Holding a mysterious power, she was invited to the palace as a saint candidate where she meets with the crown prince who was actually her former lover from her previous life.

Though Liz looks to be the weakest among the saint candidates she is (likely) the strongest among them.
Show description
Loading...