Manga Skeleton Knight, in Another World 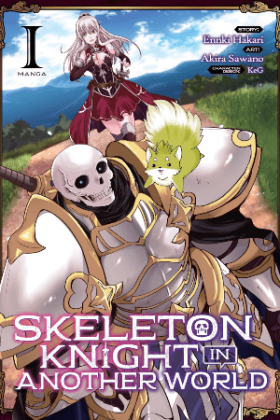 Skeleton Knight, going out to the parallel universe

Description:
The unnamed protagonist fell asleep while playing an online game. However, he woke up in a completely unusual world with the appearance of one of his playable characters. He was shocked that he had nothing but the most powerful weapons and armor. Moreover, its appearance has been changed with a special Skeleton avatar skin. As a result, he turns into a skeletal knight. He became a playable character "Ark", and now calls his personality that way. His unusual adventures will begin after meeting an elven girl. So he will try to find answers to all his questions.
Show description